More on Arranging Items in Paratext 9

More on arranging items in Paratext
If you are learning about arranging panels in Paratext 9, and you see in Help or in the arranging window videos (Arranging WIndows, Further tips on arranging windows) the idea of dragging a tab heading to where you want to position it, you may find the results are not always what you expected.
Remember, if you are really surprised, you can undo the tab move you just made, by going to the main menu, and choosing “Undo tab move” in the Window column.

But the highlighted blue zone only tells part of  the story. Along with where the panel you are dragging will end up, there is also the question of what will fill in the space it leaves behind when it moves. 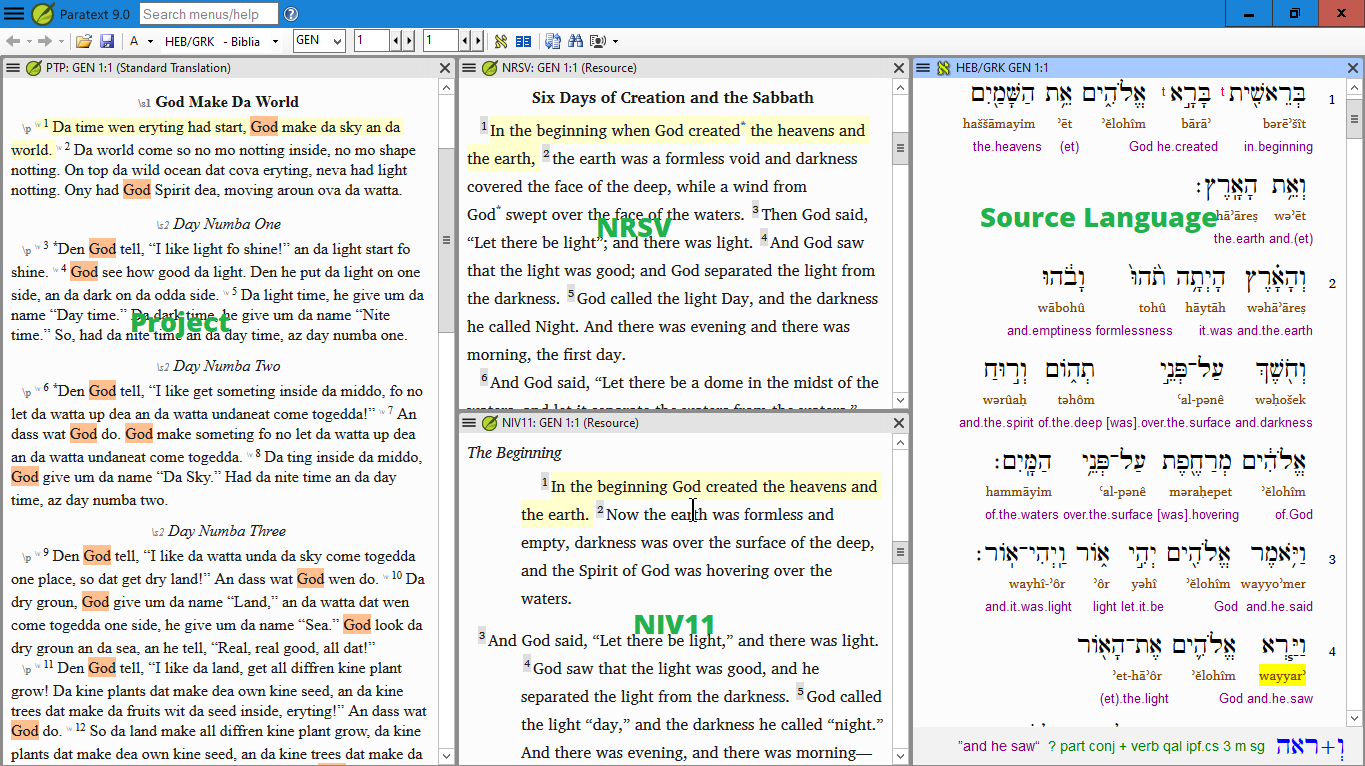 I can click and drag the Source Language panel so the blue zone covers the left hand side of the NRSV. Watch what happens

Result: the SLT is to the left of the NRSV, but the NIV11 is now wider. Why?

SInce the space the Source Language Text is leaving behind is the full height of the window, both the NRSV and NIV11 panels will move to occupy that space.


So which panel will expand into the space left by another?

I think the first rule is whichever is adjacent and most similar in shape. From this layout, if I drag the Source Language text into the big panel on the left, what will expand into its former space is the NRSV, with the same width and height. 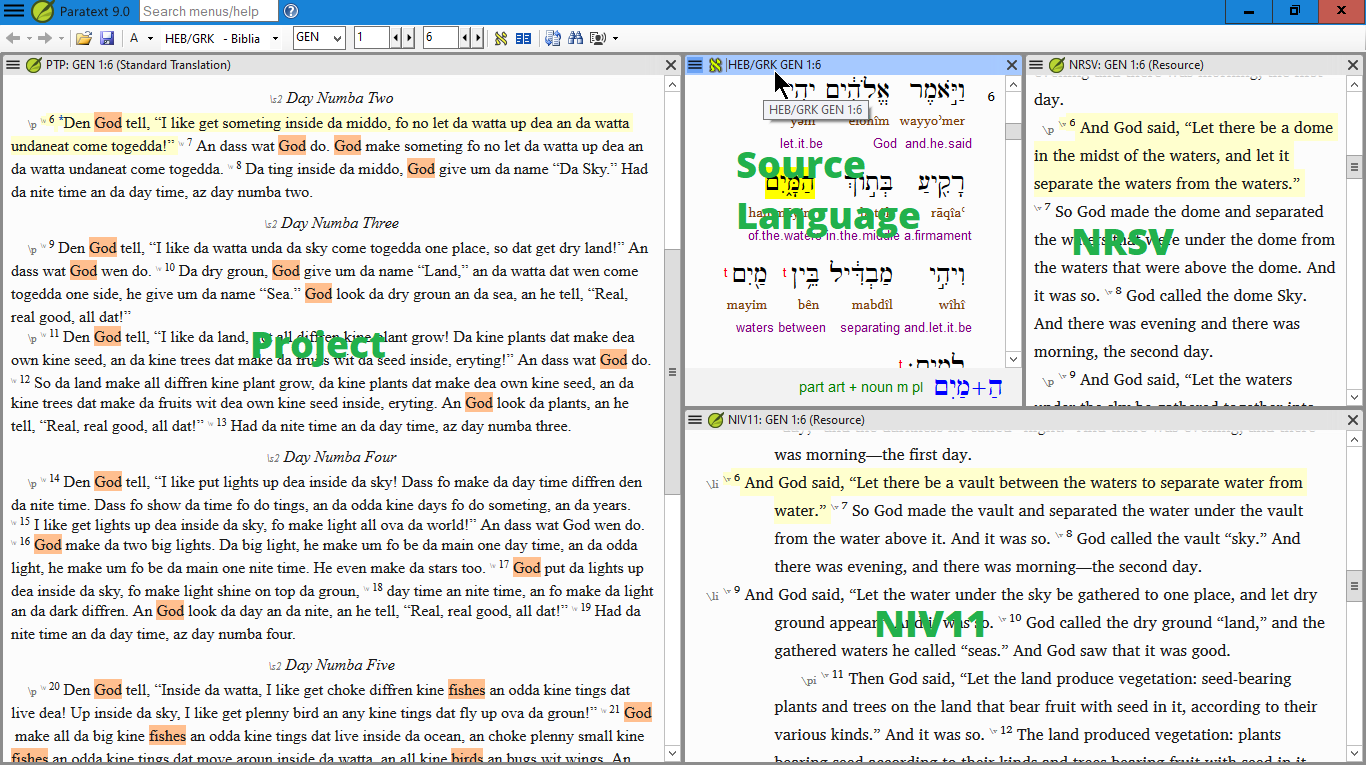 The source language will move to the new left panel (green arrow) and the NRSV expands into the space where the Source Language was (blue arrow).

Second, Paratext will not adjust both height and width of one panel to fill in empty space, instead it will adjust either the height of more than one panel or the width of more than one panel. This is why in the first example in this document, Paratext did not put the NRSV where the Source Language Tool was, because that would have meant changing both its height and width. Instead it increased the width of both NRSV and NIV11, and then put the Source Language tool in the right half of the NRSV area.

In this layout, if I drag the bottom right panel (NIV11)  into the top left panel, (Project), either the Source Language Panel or the NRSV could expand into the former area of the NIV11, just by expanding one dimension. 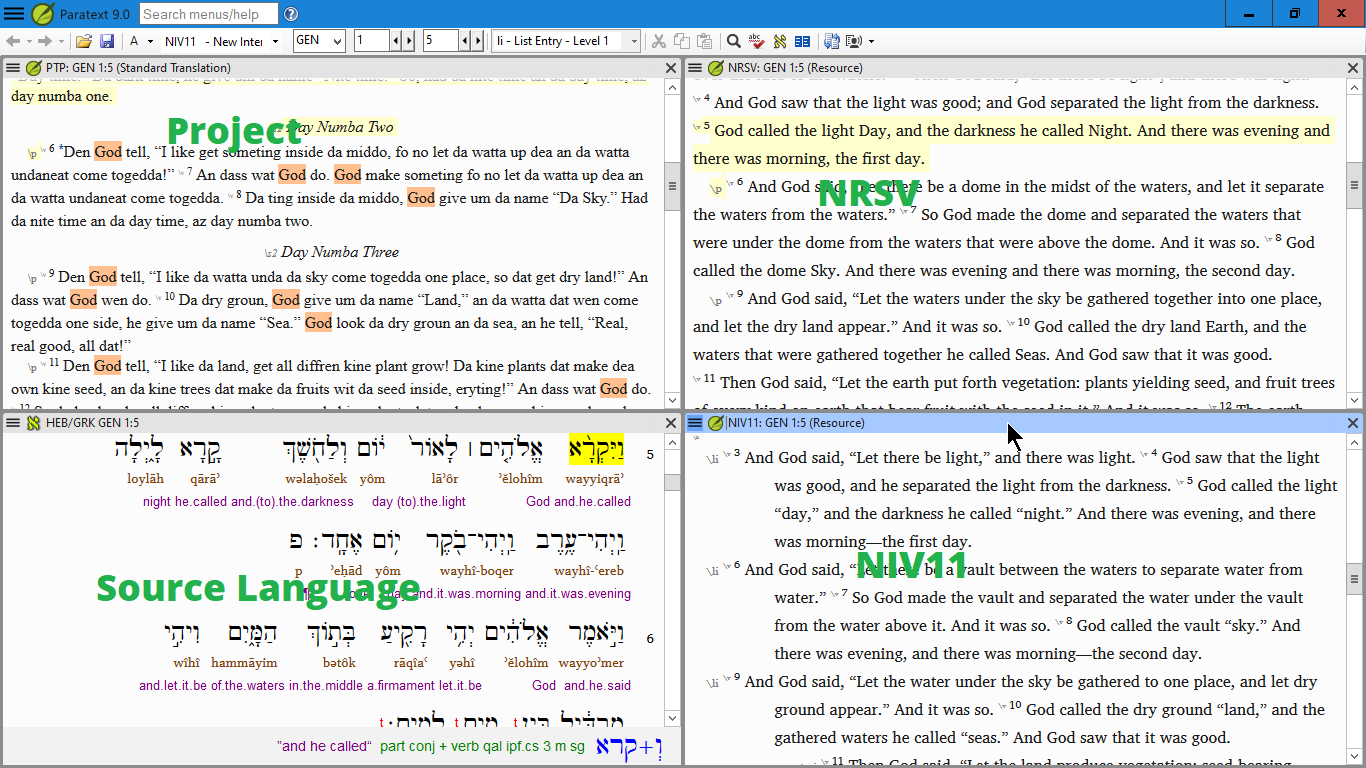 Result: the NRSV expands vertically to occupy the space where the NIV11 was.