Saving Your Workspace or Layout

When you are using Logos Bible Software, sometimes you want to save your workspace so you can return to it at a later time. Open the two resources “Dios Habla Hoy” and “La Biblia de las Américas”. Arrange them side-by-side as shown below: 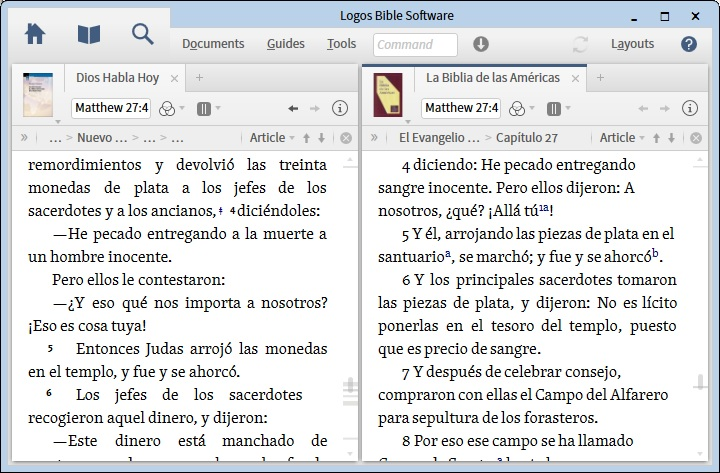 If you want to save this layout so that you can return to it at some other time or on some other day, move your mouse pointer over “Layouts” and click the mouse. A dropdown window will open as shown below: 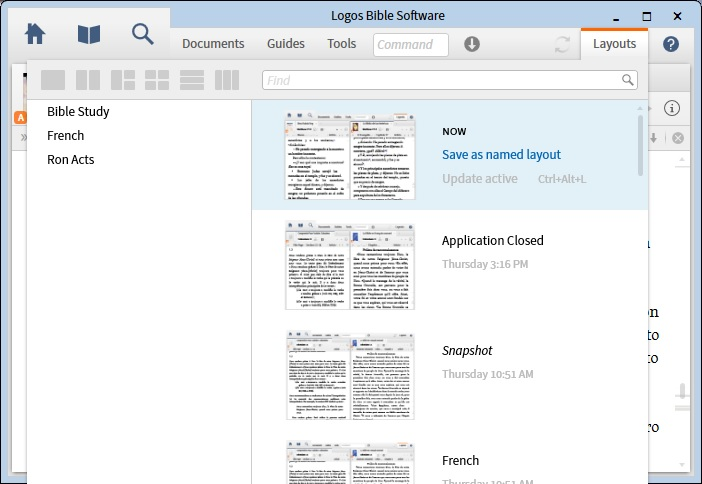 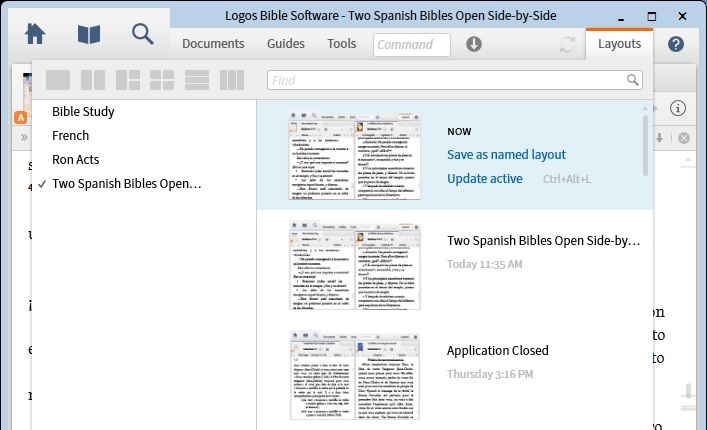 Now, you can see the layout named, “Two Spanish Bibles Open Side-by-Side”, although it may be abbreviated with “…” at the end. Click on this layout, and you will return to the layout that you saved earlier.

You can see that the layout “Two Spanish Bibles Open Side-by-Side” is shown in the left column, in the alphabetized list. The left column is arranged alphabetically.

The layout is also shown in the right column with a small snapshot of the layout. The right column is ordered by the day and time that each layout was saved.